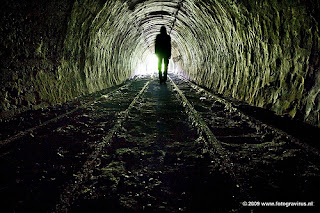 maybe I should start having more chipper names for these posts… Maybe that’d be deceitful though. I dont want people coming here thinking it’s gonna be all care bears and unicorns and then getting traumatized when people keep dying. Yeah, okay. *keeps title*

ANYWAY: job comes in as “MAN ACTING WEIRD, DIZZY IN ELEVATOR” and the address is an old people home on East 128th Street. Apparently by “acting weird” they meant “dead” because when we get there there’s a crowd of geris staring at an open elevator door and inside there’s a guy lying there on his back, dead. Well, damn near dead, I should say, because just as we roll up he takes one, final gurgly breath (gurgley? Gurgle-y? …whatever) and then he’s really dead.
Oy.
We gently, respectfully and very quickly drag him out because when you’re working up a cardiac arrest the last place you want to be is in a cramped little elevator. We park him right in front of the door and start a round of compressions.
Now normally, i think i’ve probably said this before a bunch of times here but there it is, normally when you have a cardiac arrest they send two units so the EMTs can pump away at CPR while we get our advanced life support on, intubation and IV meds and electricity, but here since the job came in as “acting weird” they just sent us. So, there’s a lot going on. I can’t even tell you the exact order of things happening, because there’s a few moments in there where your hands just move in automatic pilot, compressing the chest and tearing open packages and setting up IV lines and tubes and compressing the chest more and getting the oxygen tank and tube in order. At some point the elevator door opened again and a gaggle of elders was traumatized and then the elevator door closed and we pulled the guy a little further into the lobby.
We called for backup but they were still a few minutes out. The only other person around with less than a century of living was the security guard and he was about 12 with the wispy beginnings of a ‘stache just starting to make an appearance at the edges of his mouth.
I ask him if he knows CPR.
“No,” he squeaks.
“Well, time for a free lesson, c’mere.”
I gotta give the kid credit: he jumped in even though he was clearly boggleyed at the whole situation.
Push right here, I said, pointing to the sternum. Just like on TV.
He did some kinda timid, halfassed finger dips and I told him he had to put some back into it, which he did. The ugly truth about CPR is that usually if you’re doing it right it means you’re breaking some ribs, a dull crunching with a little extra give that you actually get used to pretty quickly, but probably less so when you’re bar mitzvah age and have never done it before.
Cardiac arrests always feel like you’re fourteen steps behind, because every second that something isn’t done yet is another second that the guy is dead and not getting the oxygen or circulation he needs. Still, it’s not stressful in the way paperwork or organizing concerts or meeting deadlines is. You know you can only move so fast with precision, and you move just that fast. Yes you feel behind but once you’ve done em for a while you also know you’re never nearly as far behind as you feel. It always starts with a flurry of movement: There’re so many things that needs to happen right off the bat and then as shit falls into place I always take a second to step back and say out loud what’s going on.
75 year old male — i mumble — cardiac arrest, asystole on the monitor IV in place with cold fluids running and epi, vasopressin and dextrose on board intubated with CPR in progress for 10 minutes no change on monitor unknown history allergies meds…hmmm…
By this time the EMTs have arrived and relieved the anxious security guard just when he was getting the hang of things. I’m thinking we might have to call this one. There’s no point in transporting a dead body to the hospital just so they can pronounce him there and he hasn’t had any changes in his rhythm since we started. Plus he’s old, and the older you are the smaller you’re chances of popping back around after you code. I tell them to hold compressions and check a pulse. One of the EMTs is getting into it with the cluster of ancient onlookers, (“Keep it moving people, nothing to see here” riiiiiight…whether from Alzheimers, non-English speaking or just not giving a fuck, they all just stand there, mouths hanging open). She gives up and puts her fingers on the guy’s neck and says “Oh! Pulse!”
We recheck and indeed, the man has his very own pulse and, it turns out, a halfway decent blood pressure to boot. Then things happen fast. They have to, because people don’t necessarily stay back when they come back and we’ve already emptied half the med kit into this guy. We do a cursory wipedown/cleanup, load the guy onto the stretcher, careful not to pull out any IVs or disrupt the tube and take off in a blaze of screeches and lights.