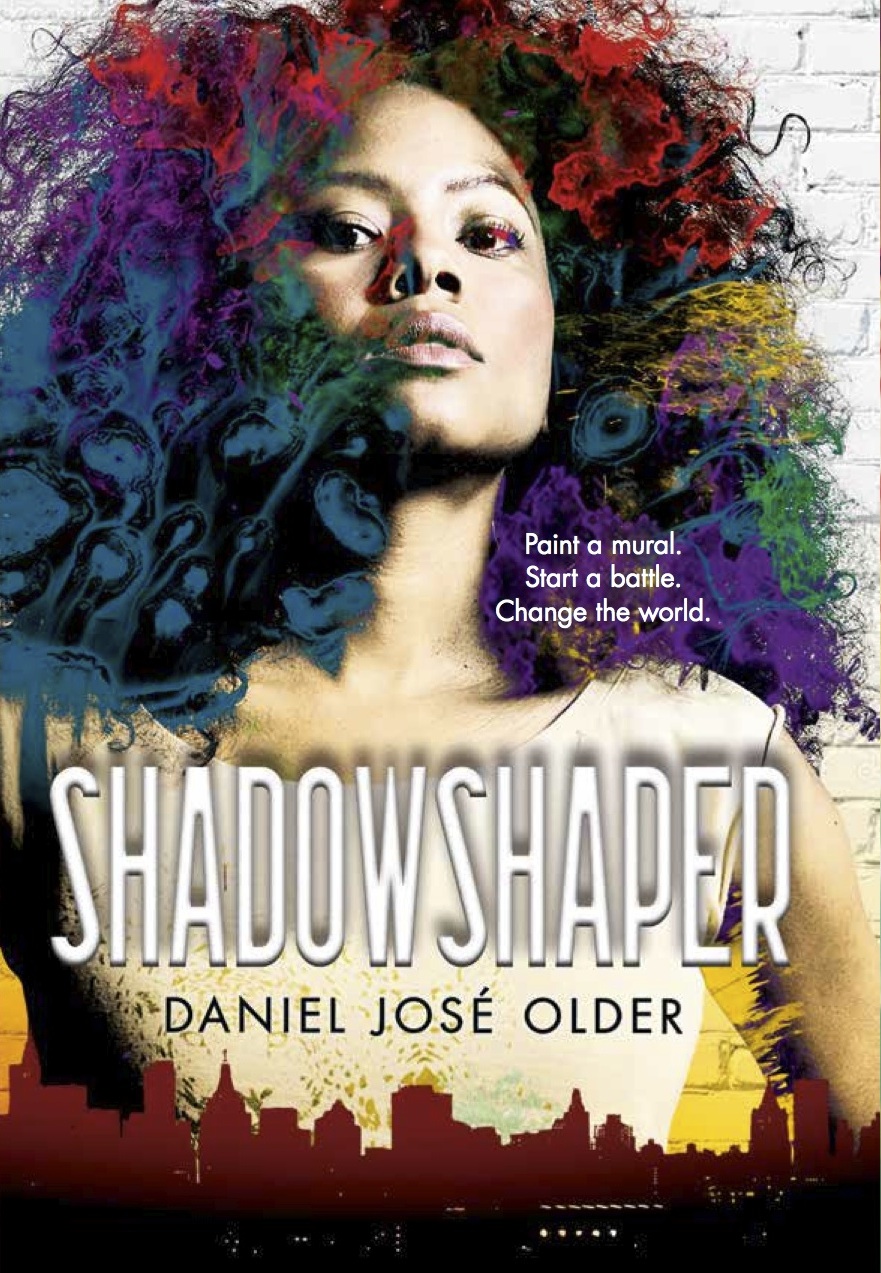 PAINT A MURAL. START A BATTLE. CHANGE THE WORLD.

My first Young Adult novel is available for pre-order!!!!!

and you can request an autographed copy from WORD Books here.

Sierra Santiago planned an easy summer of making art and hanging out with her friends. But then a corpse crashes the first party of the season. Her stroke-ridden grandfather starts apologizing over and over. And when the murals in her neighborhood begin to weep real tears… Well, something more sinister than the usual Brooklyn ruckus is going on.

With the help of a fellow artist named Robbie, Sierra discovers shadowshaping, a thrilling magic that infuses ancestral spirits into paintings, music, and stories. But someone is killing the shadowshapers one by one — and the killer believes Sierra is hiding their greatest secret. Now she must unravel her family’s past, take down the killer in the present, and save the future of shadowshaping for generations to come.

Full of a joyful, defiant spirit and writing as luscious as a Brooklyn summer night, Shadowshaper introduces a heroine and magic unlike anything else in fantasy fiction, and marks the YA debut of a bold new voice.

“Sierra’s masterful adaptability is most apparent in her language, which moves among English and Spanish, salsa and rap, formality and familiarity with an effortlessness that simultaneously demonstrates Older’s mastery of his medium.”

“This story about ancestors, ghosts, power, and community has art and music at its core; Sierra’s drawing and painting turn out to be tools for spirit work. Sierra’s Puerto Rican with African and Taíno ancestors; her community is black and brown, young and old, Latin and Caribbean and American. Sometimes funny and sometimes striking, Older’s comfortable prose seamlessly blends English and Spanish.

“Poetic and magnetic, Daniel José Older’s prose integrates authentic street dialogue, Spanish phrases, and vivid descriptions of the setting and its multicultural inhabitants as the action unfurls with scintillating suspense and a salsa beat.”

“Even if readers don’t recognize Older’s crafty commentary, they will find plenty to like in the unique fantasy elements, entertainingly well-wrought characters, and cinematic pacing. Smart writing with a powerful message that never overwhelms the terrific storytelling.”

“I highly recommend Shadowshaper…it is exceptional in a great many ways.”

SHADOWSHAPER has been listed on recommended summer reading lists at the LA Times, the New York Post, Book Riot, BuzzFeed, and Bustle.