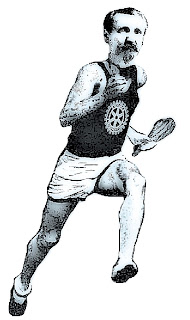 I know this job is gonna be ignorant the second it comes over because the text is telling me to go to a psyche facility to pick up a patient acting mentally unstable. I’m already deeply unimpressed and we haven’t even got on scene. However, I’m also happy: psych patients usually walk all by themselves and provide for good conversation to boot. This one, as if to prove my point. disappears up a flight and is gone the second we arrive. The guy running the place comes over looking exhausted.
“This guy’s acting fucking crazy!”
“Sir…this is a psychiatric facility, correct?”
(I shouldn’t even need to have this conversation)
“Yes, but he’s really acting bonkers man! He might set the place on fire or something.”
It’s amazing how two people can create total chaos all by themselves.
“We don’t chase people,” I say, putting down my bags and sitting my Cuban ass in a chair.

Usually PD is all over a job like this. They love gettn all hunkered down in their gear and tasering people or putting them in the slug outfit or whatever. But perhaps they gleamed from the job text how utterly ridiculous this was gonna be and didn’t bother. I get on the radio and ask for a squad car. Jumping on people is their job, not mine.
“I think he took too much of his meds,” the stressed out guy in charge tells me.
“You don’t mean too few?”
“No! Too many!” (maybe he’s not the only one?) “He was sitting right there and then he just started rolling around the floor! It was…crazy!”
Again…ah forget it.
Then the guy comes running past. He’s little, filthy, mustached. Wearing an Aerosmith shirt from circa 1976. And he’s fast! I barely realize he’s there before he’s out the door and off into the night.
“There goes your guy,” I tell the supervisor. He turns around and runs out the door too. I put some gum in my mouth.
Supervisor comes back in a minute later. Tells me PD showed up and took off after the guy down the block. My partner and i saunter outside, see PD reversing in a fury toward Fulton Street as homeboy cuts a hard left and disappears. We saunter into ambulance and at a saunterly pace roll around the block.

PD is having an extended negotiation with the dude when we show up, which is amusing mostly because they don’t speak Spanish and he barely speaks English. He’s carrying on about someone ganking his dinero, they’re all: ‘Sir, you’re gonna havta calm down. Sir.”
I tell him in Spanish he gotta go to the hospital, get on the ambulance right now.
He curses out all of us, all our mothers, all our sisters, all that we hold sacred but sheepishly complies.
In the ambulance, I notice he’s utterly wasted and won’t stop chewing. Not in the gum kinda way. In the way old people do all the time. Might be the Parkinson’s like effects of certain anti-pyschotic meds, or perhaps it’s just him being high. It doesn’t matter toooo much, and we roll of the hospital. When we get in the ER first thing he does is spit a walnut on the ground. Everyone groans.
I hate it when my patients are rude to the ER staff and I tell him. He looks at me like, meh? and he’s still chewing. Ugh. “Ju my frien’,” he informs me. “Ju too,” he tells my partner. Terrrrrific. While they’re taking his vital signs he produces an EKG electrode from somewhere in that mouth of his, regards it for a second and then puts it back in his mouth. I think me, my partner, the nurse and the registration lady all facepalmed at exactly the same moment.