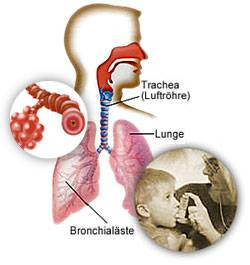 One of the biggest decisions a medic has to make is Grab-n-Go or Stay-n-Play.
Most of the time it’s relatively simple- trauma’s are always grabngo as I’ve talked about before, because trauma patients really need a surgeon to help them, so whatever we do to ’em we do it enroute to the hospital, ideally. Most medical situations are the opposite: we ‘re equipped to do for an asthma or heart attack what any ER would do in the first line of treatment anyway, so it’s worth taking the time onscene to get the IV, the EKG, do the full workup.
Kids can seem like they fall into the inbetween category. When a kid is critically ill it feels like a trauma job because people are freaking out, tensions are high, there’s a certain element of chaos that makes you wanna go go go and be gone no matter what. Adding to that tension is the high compensation/sudden plummet thing that kids do. Unlike adults, who will spend hours sometimes circling the drain, kids tend to compensate and compensate and compensate- sure they’re struggling but they look okay, right? and then suddenly they’ll just turn blue and crash completely and  die in a matter of seconds. A good medic knows that, and it makes us anxious to pass the potato, but we also know that what happens in those fleeting moments between life and death determines whether a patient makes it or not.

So this kid was big for 13. A hundred and seventy-five pounds actually and foulmouthed to boot, and he was standing outside his house at 3AM flagging frantically at us. He stumbles over to the ambulance as we roll up, his pants falling down. “I’m gonna fuckin’ die!” he screams and jumps in the bus, crapping himself as he goes. Now, people saying they’re gonna die- you know that’s neither here nor there. You get the people that say it over a fight with their ex and then you get the people that look fine, say they’re gonna die and then do exactly that, which yes is creepy as hell. But you can’t fake crapping your pants- it’s always a bad sign whether asthma attack, heart attack or trauma, it means the body is giving up less essential functions to concentrate on the only ones that matter.  The mom came running up a second later. The boy laid out on the stretcher, gasping and started turning blue. I mean, the kid literally used his last drip drops of life force to  make it to us and then everything started giving out.

Moments like that, the world goes into slow-mo. Actually, we were moving pretty fast, but it felt like hours as I moved across the bus and pulled open our medicine kit to find a syringe and the epinephrine. My partner was dealing with the oxygen, setting up an albuterol treatment, and I’m wondering if the kid’ll even be breathing by the time we get it to him, but I can still hear his tight little gasps and his mom sobbing for us to help him.
The stupid epi comes in stupid little vials that you have to crack open and extract the liquid from painfully carefully with a needle. It sucks. drip drip drip. 0.1 mgs and I need 0.3. Drip drip drip. Gasp…gasp…gasp. “Please, he’s turning blue! Help him!” I hear the shushhhh of the oxygen (Finally…only seconds later though…) and Mike straps the mask onto the kid’s face as the treatment seeps out in a little cloud. It’s a start, but epi is the real turnaround medication. Finally I hit 0.3 mgs, grumbling, and I stab the kid in the arm and push the meds in and exhale.

But he’s looking worse. “I think we’re gonna haveta tube,” Mike says. I nod, throwing the defibrilator pads on the boys chest so we can get a read out on the monitor and shock if we have to.  A tube is a last ditch effort for someone in respiratory failure. It’s for when the body simply can’t breath for its self anymore and so it allows us to do the breathing for the person. His heart rate turns out not to be so bad- it’s 110, which is about normal for someone having an asthma attack. (Kinda bad woulda been much much faster that, 140 or 160 but really really bad woulda been slow, anything below 70 would signal him sliding straight down the drain at any second.) His oxygen saturation is crap though. That’s the percent of o2 that’s gettin to his blood. It’s normally %97-%100. Someone struggling to breath might be down to %80something and we’d be pretty concerned. This kid’s is %54.

Mike opens his mouth to intubate but the boy is clenched up. It means he still has some fight in him, but still…I take a quick look to see if there’s an IV to be gotten, but he’s large and nothing popping up. The moment to move has come. The first lines of medicine are onboard, the oxygen is flowing. Stay and play is over. I put on the machine gun scatter siren and blast off to St Johns, giving the notification breahtlessly as I go (“13 year old…male…(pant pant)…imminent respiratory arrest…(pant pant)…vital signs are as follow…(pant pant)) and make it there in 2 minutes flat. Mike has popped an IV and some more meds in on the way, bless his soul. I can tell the epi has done its thing before i even get out of the driver’s seat- the kid is coughing and crying. People who are about to code don’t cry. He’s moving air. I hop out and by the time we roll him inside Little Big Man is actually talking, almost in complete sentences.  “Jesus Christ!” he pants. “I almost fuckin’ died!!”

One Reply to “WE ALMOST LOSE A KID”