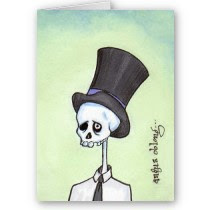 Apparently. Cuz people always in bad shape during the holidays. Folks with families get stressed by their families. Folks without ‘em wish they had ‘em. Everyone’s stressed. It’s like your birthday, when you spend so much trouble tryin to have fun that it sucks, except the whole damn world’s doin’ the same way.
So last week was the triple shooting and the crazy come-back arrest. Then Saturday at 5:40 they wake us up for an “UNCONCSCIOUS” call up the block, but you can tell within 2 seconds of walking in the door that she’s dead. She wasn’t the kind of dead that comes back either: 76, morbidly obese, a million medications and disorders, living in utter squalor and sitting up in a puddle of her own pee. The folks around her thought she was still alive, which is always unnerving, so we cleared the room and started working.
My partner intubated while I poked around for an IV. She had big veins but they wound in crazy angles all up and down her arm, none long enough to really land a catheter in. I put one in but it was reeeeeeal tentative, like the slightest jolt would knock it out of place, which is exactly what happened after I got a few rounds of epinephrine and atropine in her.
Meanwhile, the EMTs arrived and started pumping on her chest- ribs cracking, the smell of pee and stickiness underfoot…you just learn to ignore it. The monitor’s showing us nothing- just that flat flat flat line that means the heart isn’t even considering doing anything different than being still. I’ll be honest people, I don’t like disturbing the dead. I believe in giving people the best chance they got and I wanna keep my job so we work up anyone without Rigor Mortis or other signs of Obvious Death, but the least amount of intrusion I can do on a body the better, and it seemed to be this one’s time to go.
So we get on the phone, make a call to our medical control docs to see if they want us to do anything else. It’d been 45min or so and the time had come, and just when we’d dropped in an amp of dextrose and two of sodium bicarbonate, lo and behold, the lines on the monitor go all squiggly wiggly- v-fib. A shockable rhythm. But still – even that…well: we shock (“bla bla bla I’m clear, yer clear, we’re all clear…KAZAM!”) and lo and behold once again, she has a nice real normal rhythm and—check a pulse: a PULSE, a bounding pulse no less, to go with it.
“I’ll be damned…” I say out loud, cuz I really was caught off guard. We roll her body over to one side, shove a sheet underneath, roll her back over. 1, 2 ,3 and heave ho all that dead but alive weight up and on to the stretcher. As we clamor out the cluttered apt door, the lieutenant’s explainin’ 2 the family what’s going on, and their squinting at her like- the fuck you talking bout lady! And I would be too, quite frankly.
I truly don’t expect our lady to last very long and that may seem negative, but consider that most folks who do make it end up purely vegetative, especially after being down for so damn long- it was literally and hour and a half from the time we arrived when we rolled her in2 Long Island College Hospital, (still with a pulse)- and I wouldn’t wish that on anyone endless alive but dead nothingness on anyone. But there it is.

Then on Sunday it was a super rich doctor dude on the Upper East Side. Lord, I’m talking doorman, massive lobby with a fountain, the full spread. The guy’s layin on the carpet, had just vomited, pale as shit, sweatin’ and was having a sudden onset of crushing chest pain. AND then we put him on the monitor- his hearts going a sluggish 40 beats a minute (should b btwn 60 and 100, and this dude was no athlete…). His pressure was 92/60, probably on the way down as he decompensated from such a slow heart rate but he’d also just taken ahem, a you know a, um…
“A WHAT?!”
a, er, y’know a, well, wanted to have a good night…and…Levitra…
Ah- erectile dysfunction medications don’t mix well with nitroglycerin, by the way, cuz they both drop yer bloodpressure out. He hadn’t done that but his low bp meant we prolly wouldn’t be giving him any nitro either, which once we checked his 12 lead, we saw he badly needed. Once his heart sped up some. Too much going on with this dude, I thought, setting up the IV for my partner and eyeing the monitor like it was an nasty little creature about to attack. Jobs like this can go sour so damn fast you won’t even know what hit you. His 12 lead- which is a more indepth EKG that shows the heart from various angles and tells you if there’s any damage from oxygen deprivation, i.e. heart attack- looked like ass. It was ass. Besides his heart rate being slow as shit, his 12 lead was ass.
“fuckshitass,” I said under my breath.
“What?” The doctor said, grabbing his own 12 lead from off the floor and tryin to read it.
“Nothin,” I said, grabbing it back. “You’re have elevations and your bradycardic, but you’re not treating you, I am.”
He smiled. “Fine. What’re you gonna give me?”
I don’t like to treat any more than I have to. We were setting up to give him atropine, which would bring his heart rate up, but if that didn’t work and he stayed shocky we’da had to sedate his ass and send little electrical volts through him to stimulate each heart beat. Which I really didn’t wanna do.
“I’mma give you some fluid first, and some oxygen, and take it from there…”
“Ok,” he said, like I need his fricken signature to do it. But I just went about my business.
We attached a fatbag a fluid to his IV and squeezed it in hard. The stretcher was set up and ready to move, and we were about to drop the atropine in him when those effed up little complexes of his started coming faster and faster across the monitor. Now 52, now 56…
“wait for it,” I said, my partner with the full syringe poised over the hub.
60. Beautiful. We held off atropine, the rate evening out at a steady 64.
“How’s the pain?”
It’s gone, he said, almost laughing.
I gave him some baby aspirin to chew on- not 2 b condescending, that’s really what we carry, and we wheeled him out the door.
By the time we rolled him into the hospital even the 12 lead was looking better. He was pain free, had a solid bp and was ticking away at a healthy 70 beats a minute.