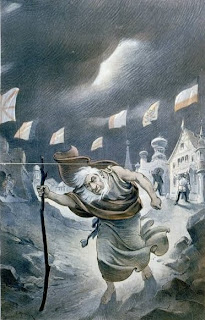 She’s 42, passed out on the floor in her own vomit and barely breathing.
Damn seems like all my blogs start this way…I have one about to happen about dealing w/ trauma and death on the job but interesting shit keeps happening, so that’ll be next weeks…
Annnnyway: she’s 42, etc etc etc has no medical problems and no signs of trauma. According to her husband, she just took a pain medication from the Dominican Republic- some ish I never heard of- felt itchy, groggy, puked, passed out. The itchiness speaks to an allergic reaction and the pain meds speak to a possible overdose; both could cause vomiting, syncope and respiratory arrest, but neither is a sure shot answer. First of all she’s not covered in hives, in fact there’s none at all to be seen. It doesn’t sound like she took enough to OD though, unless she had something else on board, which the husband swears up and down that she doesn’t. So, the EMTs are giving her ventilations, my partner sets up his tube and I get the IV ready. On our EKG monitor she’s a normal rhythm at a healthy 60 beats a minute, she’s breathing intermittently, only barely, and occasionally moaning and writhing.
You don’t see the best veins for sticking a needle in, you feel them. They bounce gently against your finger in a way normal skin doesn’t. When you have a somewhat plump arm that’s not showing you anything vein-wise, you’re usually better off going by touch. If you know the body you know where to look: usually at the little depressed area along the wrist, just below the thumb or on the reverse side of the elbow are the best spots. On a really tough one, sometimes you can get lucky with a little veins swirling around the knuckles. This lady’s got some flesh to her, but my finger bounces off a nice one running along her forearm and the needle goes in with no trouble.
I push 2 mg of narcan, which will block her opiate receptors and break her out of an OD. The EMT tells us he can’t hear her blood pressure so I hang a large bag of fluid, run the line through and attach it to her IV. At this point, my partner decides to intubate. I’ll be honest, it wasn’t the move I woulda made. It wasn’t wrong either- she was only barely breathing and she had vomited so her airway was definitely compromised, and the best way to secure a compromised airway is to put a tube in it. On the other hand, the EMTs were moving pretty good air into her with the ventilations and most of all, when they tried to put in the plastic piece that slides into your throat to help the air in, the patient gagged. If she gagged on a little piece of plastic at the base of her tongue she was def gonna gag at a tube reaching all the way into her lungs. Also, if she was an OD, the narcan will bounce her out, and the last thing you want to do is wake up in withdrawal, puking and with a tube down your throat.
She gags on the tube, pukes again and then her heart rate drops from 60 to 50 to 40.
“Shit.”
The EMTs go back to giving ventilations. Her oxygen saturation is fairly high but she still has no pressure and now her heart is waaaaaay too slow. I push an amp of pure sugar into her, just in case she’s a secret diabetic or somehow dropped her glucose level, and then some more narcan. Nothing’s working. Generally, when young, healthy people’s heart rate’s start spiraling down its because of a respiratory issue, but also from stimulation of certain nerves, which I’ll get into in a minute. As long as there’s no underlying situation keeping their rate low, a few minutes of good solid ventilations should bring them up to speed, with or without a tube.

We start packaging to get moving, keeping an eye on the monitor. She slips up to 48, 52 and then falls back to 44. We musta looked like we were watching a sports game, the way our eyes followed those numbers on the EKG. My partner and the Lt on scene wanted to push atropine, a drug that suppresses the body’s ability to slow its heart but I wanted to give another minute or two to let her resolve herself before we shoved any more drugs in her. Atropine’s no joke, and if you give it too slowly it can actually do the reverse of what it’s supposed to and drop her heartrate even further, which would definitely kill her. I drew up the medication to have it ready, we lifted her up to the stretcher, explained the situation to the husband, sent someone to call the elevator up for us so everything was ready.
Her rate evened out at 42. I pushed .5 mg of atropine (quickly) and stepped back. Nothing happened. Then it went up to 50. Then 54. Long as it stays over 60 its ok w/ me. 58. Then 64. We all let out a sigh of relief and start wheeling her out. 68. In the elevator, the rate stays a steady 70 and our lady opens her eyes and pushes the oxygen mask out of her face irritably. In the bus, she tells us her name. By the time we in the ER she’s more concerned with how her husband will get home from St Lukes then the fact that she just basically died and came back.
“I was with it the whole time,” she tells me. “Praying. I could hear everything you were saying. I just couldn’t speak. I just prayed to the Holy Spirit to keep me around.”
So: wtf happened? I’ll tell you what I think.
There’s this nerve that runs from your brain down behind your eyes, past the back of your throat and into your heart. Because of its long, winding path, they call it the vagus nerve (as in vagabond, wanderer, vague, vagrant) . The vagus nerve slows your shit down. When you yawn you stimulate it, but most notably, and this usually happens to the elderly, when you bear down, like when dropping a deuce, you stimulate that thing like crazy. It’s called a vaso-vagal response and is responsible 99% of old people that we find unconscious on the can- they bare down, trigger the vagus nerve, slow their heart which drops their blood pressure and they pass out.
Probably, our lady had a mild allergic reaction to the painkiller, which caused the itchiness and nausea. She vomited, vaso-vagaling herself out. When the EMTs arrived and put the plastic piece in to keep her airway open, she gagged, stimulating the vagus even more. Then the tube added insult to injury, PLUS the painkiller may have already been boosting her parasympathetic system, which keeps everything depressed. The result: respiratory arrest, no blood pressure, unconsciousness, low heart rate.
Of course, it’s easy after the fact, when husbands and lieutenants aren’t running around screaming and women aren’t not-breathing on the ground in puke, to see all that clearly. What the job presented, much like the dude last week who coded, was a fluid, ever-changing situation. As a medic you’re constantly weighing what your options are, what the consequences of each one is vs the consequences of inaction. There’s a million different subtleties in between over-aggressive treatment and doing nothing, and somewhere in there is the path to reversing an imminent cardiac arrest. In situations like these, when there’s no one clear pathology or treatment plan, it takes a cautious trial and error to proceed, which sounds iffy from the outside but ultimately saved this woman’s life.

3 Replies to “THE WANDERER”