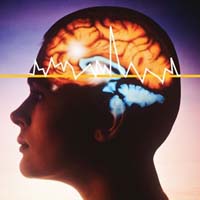 Seizures suck.
Now that we’ve got that important announcement out of the way, lemme clarify some things bout EMS and seziures: If you call 911 right after someone seizes, the call type is just “Seizure” and they send EMTs. If you call while someone is having a seizure, they presume it’s been going on for long enough to qualify as status epilepticus, which is a prolonged series of seizures without a lucid interval inbetween, and the job becomes a “Stat Ep,” and they send paramedics. Also, if you call 911 and say “Yo, I’m abouta catch a seizure son!” they make the job a “Stat Ep” and send medics, unfortunately. This happens more often than anyone would care to know about. (More on the difference btwn EMTs and Paramedics here.)

Anyway, there’s a couple reasons one might catch a seizure. Most common is epilepsy, which really just means you’re prone to seize, but there’s also hypoxic seizures which you get from lack of oxygen and usually precede death by a couple seconds, withdrawal seizures, including delerium tremens, and seizures resulting from traumatic brain injury. But by far the most common seizure call I’ve ever done is this one guy, we’ll call him Fred, that we always find blasted out his mind and writhing in a puddle of his own pee on the last stop of the cross town bus in Harlem. This dude, every—-night gets obliterated, on what Fred?
“ABTHOLUTELY!!”
The Vodka?
“YETH!”
Are you sure?
“ABTHOLUTELY!!”
Ok.
And winds up cursing out everyone around and screaming that he’s having a seizure (so it’s a Stat Ep). Or sometimes chest pain (“The Cardiac”). Then we lug his pee-covered ass to the hospital and by some unknown bum magic Fred always emerges the next day at dawn, not only sober and with a British accent but wearing pressed pants and alligator shoes, all dapper and ready for another day of getting blitzed and writhing round in his pee.

True seizure patients are usually really out of it for a while after they come around, sometimes get violent and wanna pound you for taking them to the hospital, sometimes they do not under any circumstances want to be bothered by anyone and often act like a teenager not getting up for school in the morning. Also they’re confused, cuz last they remembered they were sitting at the table or whatever and suddenly they’re across the room with a fat lip looking up at me and I’m holding a big needle. Or, in what might a worst case scenario we had a while back, they wake up butt naked in the basement of an HIV shelter covered in their own feces. I’m still not sure how the dude got down there. I mean, he was a resident of the place, but still- damn. The security guard was ornery and couldn’t give us much of a story. I tossed the dude a sheet and he kinda cleaned off best he could, mumbled something about ‘yeah this happens sometimes’ (o.O) and walked out to the ambulance. Well…hobbled kinda.
When we got to the hospital he insisted on walking in, even though we realllllly dont recommend it cuz if you seized once you might damn well seize again. But dude wanted to walk and wouldn’t be dissuaded.
Halfway between the bus and the door he turns the wrong direction and takes two steps. I open my mouth to say “No it’s over…” and then realize what’s happening. I break into a mad dash towards him as his body goes rigid and he starts to keel over backwards, get there just in time to stop his head from exploding on the concrete and lower him down gently as his whole body rocks into a grand mal seizure. My partner that night,  a confirmed jackass, pokes his head around the corner.
“What’s wrong?”
I’m holding this 300 lb seizing man’s face away from the gravel in an ER bay. What the *#&(@*%)#@*#*Q@ do you think is wrong?! “Get me the stretcher!”
“What happened?”
“STRETCHER!! NOW!!”
Partner disappears and shows up not with the stretcher but with…an oxygen tank.
Lemme tell you something: yes, by the guidelines and protocols, a seizure patient gets oxygen. Yes. This is true. But what this one in particular needed was to not be seizing on pavement. And what this paramedic needed was not be holding him up. I think I cursed out my partner. I’m not totally sure, cuz it all happened very fast, but eventually he made the stretcher happen, after some grumbling. It’s probably a good thing my hands were busy. By the time we got dude on the stretcher he’d wrapped up the shaking and fallen into that deep sleep. At least he woke up in better circumstances the second time.