Been on a little blog vacation- ok a bigass 1 actually- while i concentrate on some fiction but it’s a slow ass night 2night and may actually have a second to knock 1 out.

I can’t remember if I’ve been over the criteria for True Death on here yet, but anyway it bares repeating cuz it’s morbidly fascinating and that is the theme of this blog.
If you die, the job gets entered into the system as a CARDIAC ARREST, which just means your heart stopped. Doens’t matter if it happened today, yesterday or 12 years ago, you still have to get evaluated and pronounced and/or worked up by EMS. The other day we had a dude that died in a shelter, got pronounced by EMS cuz he was QUITE dead but never got picked up by the morgue so 3 hrs later they put the job back in the system hoping to get the ME guys 2 show up and take the body but got us instead. The bunk room was cleared out, all the guy’s roomates standin irritably off to the side waiting to get back to bed, and lo and behold the dude was still dead- it was a guy I’ve had several times as a patient actually, a real ornery cat that always refused 2 go to the hospital no matter how messed up he was. There was nothing to do, because we don’t take bodies to the morgue (usedto though) so we got back in the truck and went our way, much to everyone’s disappointment. 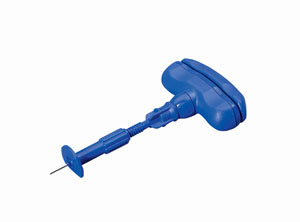 Anyway, what is the criteria for being SO completely dead that we don’t even go through the motions of trying to bring you back? There’s 5:
Rigor Mortis, which is when the body becomes rigid, usually several hours after death.
Dependent Lividity, which is the pooling of the blood at the lowest point of your body and basically looks like a huge grimy stain.
Decomposition, which is….gross. And you can usually smell from a block away.
Obvious Death, which covers everything from splattered across the pavement to decapitation.
And having a Do Not Resuscitate Order, which doesn’t happen nearly enough, in this medics opinion.

If you don’t meet any of those criteria, we’re gonna be intubting you, putting an IV in with load of medications and possibly shocking you and dragging you to a hospital while some grumpy fireman pumps on your chest. This lady we had the other day didn’t fit any of the criteria BUT she was quite large and didn’t have any available IV access. When you have a cardiac arrest with no kinda veins to put your meds in2 there is now one other option: the bone.

Right below the knee cap there is a flat plateau along the humerus. I place my fingers along it, pushing through layers of fat and muscle until I’m sure I have the spot. Lather it up with an alcohol swab and place the tip of a largeass needle against it, my hand gripping the blue plastic handle. Around me, the typical cardiac arrest chaos is swirling- partner intubating, EMTs sweating as they bounce up and down on that chest, nursing home attendants blabbering about how they just saw the patient a few minutes ago and everything was fine, lieutenant gazing at the lovely trees outside the window… I push the needle into the flesh, twisting in a screwdriver motion as I go. It slides in without much resistance till i reach the bone, then i have to push harder, put some back in2 it before the satisfying (yes I said satisfying) POP! comes and I know I’m in. The needle has entered the marrow. I pull out the needle, leaving the catheter in place and attach up the IV line, adjusting the flush to gush full blast, which will push fluid through to the bloodstream and give us the access we need to get medications on board. 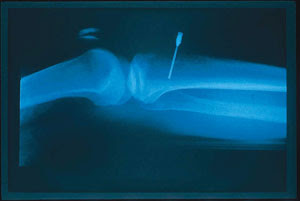 We push our meds and when there’s no response from the patient make a phonecall to our medical control doctors to get a Time of Death. We’re wheeling the empty stretcher out towards the elevators when the lieutenant looks up from her window gazing: “You guys think that tree out there is fake? It’s so pretty!”