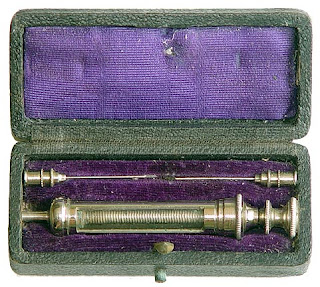 Ok, that’s not a real choice anyone should ever have to make.
I just liked the title and I chose it because people seem to think that’s the deal. I’m here to dispel that myth.
Let me explain:
I was speaking on a panel this weekend for the Audre Lorde Project’s summit on keeping Brooklyn safe for LGBTQ folks and it was pointed out that a lot of people have trouble figuring out who’s the cops and who’s not. This is very true- we all wear the same navy blue uniforms with many pocketed pants and have blaring radios and that self-important strut. It can be a lethal mistake though, because, as happened the other day, people are less than willing to speak to cops about things they really do need to be telling paramedics.

At daybreak we found ourselves in a shwank lower-east side condo looking down at a middle-aged hipster who was literally blue. When you’re upset and trying to pretend you can’t breathe to get back at your girlfriend or whatever, you turn red. When you actually can’t breathe and are about to die or already did, you’re blue. Elmo vs. Grover. This dude was blue, not breathing, out. While we start getting set up to put some air in him I yell over to his buddies: “What’d he take last night?”

Now look- it was kind of a formality, i admit. There’s really only so many things that’ll do that to you and most of them are heroine or some family of it. His pinpoint-ass pupils confirm that it’s some opiate involved, but whatever, it’s always good to ask.
“Uh,” the friend yammers. “I mean, some beer and some weed, that’s like it really.”
The thing about a heroine OD that’s awesome is we have this drug narcan that I’ve already blogged quite a bit about and it whups you out of that high so quick you don’t know what hit you and go into withdrawal in the blink of an eye. It’s not fun, but still better than respiratory arrest and death.
So, I’d like to think most medics would give that Narcan shot regardless of what dude’s dumbass friends said, but the friends don’t know that. For all they know, we’ll swallow whatever dumb story they invent and be on our merry way while homeboy codes in the back of the ambulance. Of course they were all high as hell too and surely we were interrupting their pleasurable afterparty. As it happened, another medic on the scene DID go for their story (he was pretty new) but we talked him out of it and of course we gave the shot and the dude came back all irritable and groggy and ‘Oh my god I just died’ and all the friends gawked and we hauled the dude out and that was that.

The point is, EMS is not PD. Patient confidentiality laws prohibit us from telling cops anything pertinent about the patient, including what drugs they did to make them that way. If anything, you can usually take one of us aside, away from all the po-pos and have a word in private. Do that, because the alternative, letting your friend drop dead because you don’t want to face too many questions, is much much worse.