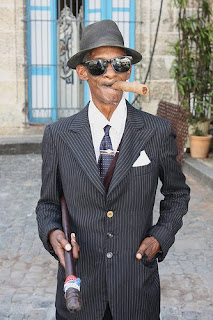 Seems weeks run in themes. This week, for whatever twitch in the grand scheme a things, was the week of little ol’ dapper dudes. All three were more concerned with lookin’ slick than whatever medical issue may or may not’ve been goin on w/ em, but u know what? I really wasn’t mad at it. How could I be? After being around a swath of young people complaining about shit that wasn’t really all that bad or mommas worried about babybutt’s sniffly nose, a slowasmolasses geriatric dude with a wizened chuckle and mischievous glint in his eye is a welcome change of pace. Plus, old dudes like their apartments extra saunarific hot, so that extra 40 min on scene each time was like a freakin’ vacation from the brisk December wind.
One was tryinta make like he had something going on but really it was all about his appointment in the morning, and he was too old to be bothered with public transportation. He basically said as much 20 min into the job when we were all hangin’ out so he could put his jewelry on and get proper. While he inch by inched his way around the little one-bedroom on Lenox Ave, he explained that he’d tried to call the phone company to get his number changed cuz it had 666 in it (they refused) and how (oh wait, lemme just get my keys…) he’d lived in Harlem for 50 years and oh (hang on, not this vest, the other one, get me the red one…yeah) Daniel like from the lion’s den? Alright alright.
I blasted the old jazz station on the way to the hospital. I actually play it all the time anyway, but I played it extra loud so old dude could hear it in the back too, and he bopped his head and smiled his big smile all the way there. Of course, Mt Sinai gave him the grand welcome upon arrival: “Hey hey, Mr B, whats good?” “Whadup Mr B!” “He’s ba-a-ack!” Not even bothering to ask what was wrong this time, because obviously, like every other time, he was chillin.
Then there was Ol’ Joe, half dressed and aggravated in his swank Park Slope apartment. An ancient lady in a bathrobe let us in and then said, “Aight, Imma tellya whatall goin’on. Joe here and I been friends for damn near 40 years, and Imma tellya: Joe been prostitutin’ hiself again.”
“Uh…”
“Shaddup Margaret! It ‘aint true…”
“It is. I know it’s true. And thas why u can’t breath. Prostitutin’.”
“Um…can we focus on what’s wrong medically with Joe?”
“I’m just saying…”
“Quit yer sayin and help me put dese pants on!”
People: I honestly don’t know what the fuck was going on in there. And I wanted to find out, but Joe was gettn riled up with all the talk of his whoring ways. I think she meant he was going TO the prostitutes, rather than actually selling his own body, because, well… he was pretty frail, could barely make it across the room to put on his swank dress jacket and leather shoes, let alone earn his keep in a brothel. Anyway, we took his ass to the hospital and that was that.
Finally, there was the noise complaint dude. Said his upstairs neighbors call in a noise complaint on him every week, which I suspect may’ve been some kinda kick out the old play outta the gentrification handbook, cuz there was nothing in that aprtment to make any noise with. “I don’t see no drums,” I told him. “How you making all that ruckus?”
“I aint!” he said. “But I usedta play drums for Tito Puente, Joe Cuba, all the greats. Then I stopped.”
His walls were lined with photos of himself dapped up in slickass suits with pinky rings. Once he finished having his anxiety attack he was pretty cheerful and we hung out chatting for a while. The two female cops who’d shown up were yukking it up with us, and as we left Old Dude turned to the fine young one with big eyes and said, “Yo, ma, lemme getchya phone numba.”
We left before she answered, but she looked like she was seriously considering it.