This is a dream project in so many ways. I use philosophical elements of Lucumí spirituality in most of my writing, but up till now it’s been more in the background, hints and side-characters like Baba Eddie. In SANTO, the santeros are front and center, fighting their way through monsters, fanatics and corrupt cops. Also, in some ways this is my own literary response to the Lovecraft controversy, in part because I’m done writing essays about it and said all I want to say on the non-fiction tip. Reading Lovecraft, it was so jarring to see characters that I would’ve been friends with, maybe been in ceremonies with, presented as evil, child-killing demons. I wondered what the people of color alive back then would’ve contributed to answer HPL’s racism if the genre had been more welcoming to them. I wonder what stories we’ll never see because mainstream spec-fic didn’t deem them worthwhile.

SANTO is my counternarrative.

Rosarium is amazing. They brought us, among other things, the Mothership anthology of afrofuturism and they have an upcoming anthology of artists responding to police brutality.

I wrote the first issue  of SANTO for Mat Johnson’s Graphic Novel class at VONA, so huge shoutout to him and the whole class for inspiration and critique. Issue One should be out later this year. Stay tuned!!

The picture is the first sketch from SANTO by the amazing artist that will be drawing this project, Tommy Nguyen. 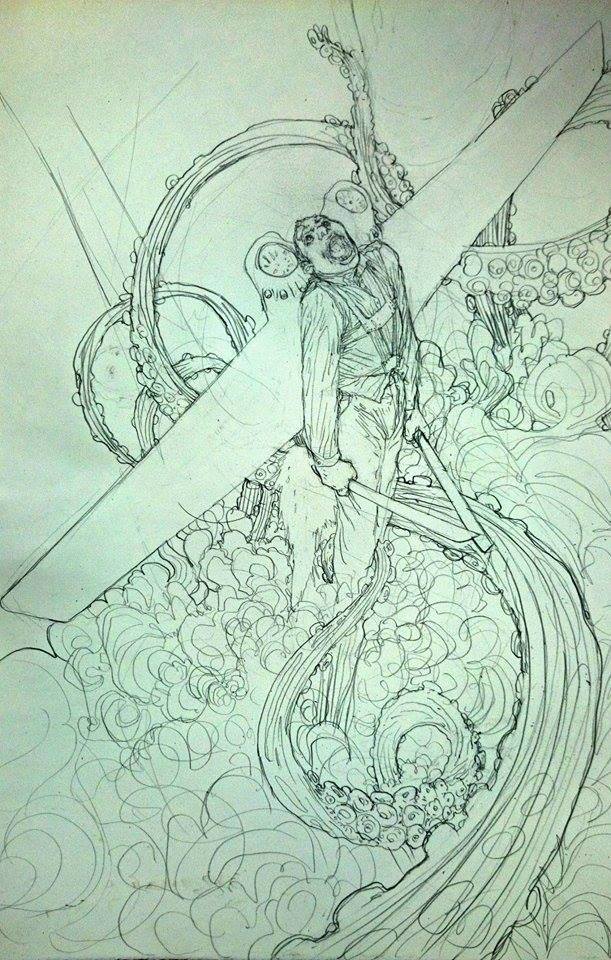